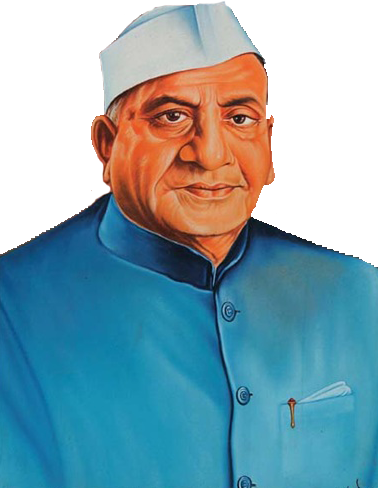 A great Philanthropist of Vidarbha Region

Panjabrao, alias Bhausaheb Deshumkh was born at village Papad in the district of Amravati on December 27, 1898. By the time he passed away on April 10, 1965, he had laid a firm foundation for the dissemination of education among the downtrodden and the dispossessed of the region. He knew that prosperity would come only when the weapon of knowledge became available to all. For this purpose he made a small beginning with the establishment of the Shri Shivaji Education Society at Amravati in 1932.

The Society began with just one school and one hostel; but today it has grown into the biggest educational organization in Central India. It runs 269 educational institutions ranging from pre-primary to post graduate colleges covering almost all fields of formal and informal education: Arts, Agriculture, Biotechnology, Commerce, Computers, Education, Engineering and Technology, Fine Arts, Horticulture, Law, Medicine, Microbiology, Physical Education, and a host of related fields.

Besides working tirelessly for the peasants of Vidarbha, Dr. Deshmukh also participated in the progress of the nation. His contributions were recognized when he was selected by Jawaharlal Nehru to become the first Minister for Agriculture in the Union Cabinet. He dedicated all his talents and energy to the formulation and implementation of policies that would bring prosperity to agriculture and the agriculturist. He established the 'Bharat Krushak Samaj" and launched a campaign called 'Food for Millions' in 1955. He brought in the Japanese method of rice cultivation in 1958 and organized the World Agriculture Fair at Delhi in 1959 which was inaugurated by the then President of the US, Dwight Eisenhower. The Fair was visited by dignitaries across the world, some of them being Nikita Khrushchev, the President of the USSR, Mr. Bulganin, Secretary of the Communist Party of Soviet Russia, Lord and Lady Mountbatten, and many others. Dr. Deshmukh started the process for the establishment of Agriculture Universities all across the country, and gave fillip to agricultural education, agricultural research and related extension activities. He wanted to ensure that the final beneficiary of all this enterprise would be the ordinary farmer. He opened rural institutes that would train youngsters in the engineering and technical aspects of farming. Dr. Deshmukh also made useful contributions as a member of the Draft committee for the Constitution of the Republic of India chaired by Dr. B.R.Ambedkar.